On the basis of the publication and additional exposure of the most attractive advertisements, you can receive the applications of the most competent candidates. The Premium subscription is especially intended for medium and large companies that often search for new personnel, including those that are in high demand in the market. With the Premium subscription, you are letting the candidates know that you are a successful and attractive employer, as your advertisements are made in line with your graphic design and, as such, make you stand out the most. In addition to the stated, you are additionally exposed and job seekers will find it easier to look for you on the portal. 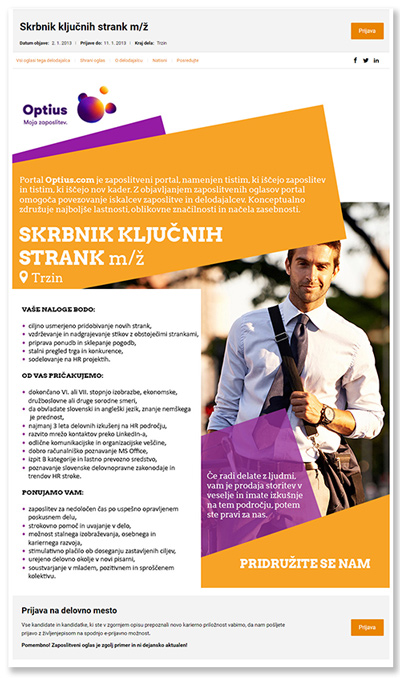 Advantages of the Premium subscription