The Basic subscription is intended for sole proprietors and micro companies that have occasional needs for new co-workers. It provides independent publications of advertisements in the system as well as access to all the portal tools that will make your work easier when selecting the most suitable candidates. 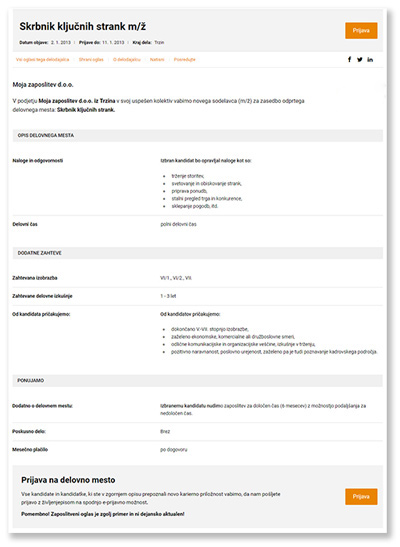 Advantages of the Basic subscription